“For men shall be lovers of their own selves, covetous, boasters, proud, blasphemers, disobedient to parents, unthankful, unholy,Without natural affection, trucebreakers, false accusers, incontinent, fierce, despisers of those that are good,Traitors, heady, highminded, lovers of pleasures more than lovers of God;Having a form of godliness, but denying the power thereof: from such turn away.”

My ex-husband was diagnosed with Narcissistic Personality Disorder shortly after I discovered his “first” affair over 9 years ago.  The more I read up on it, the more despondent I became.  I couldn’t see him taking this seriously at all.  It turns out he didn’t. Medication and therapy were short-lived.  He pushed them off as being unnecessary, too expensive, and he was in complete control of himself. Being a narcissist, alone, ensured that he will not believe he had a problem to begin with, or if he could be convinced that he did have a problem, eventually, he would believe he was aweome enough  to overcome it on its own.  T hat is exactly what happened.

The reason we divorced is because he would not, could not, admit he had a problem.  I had let it slide the first time, this time I could not.  He would have to admit to his problem or lose me. But like the fabled Narcissus, he would rather be in love with his image of himself than find true love in a real woman.

Many experts use the criteria in the Diagnostic and Statistical Manual of Mental Disorders (DSM-5), published by the American Psychiatric Association, to diagnose mental conditions. This manual is also used by insurance companies to reimburse for treatment.

DSM-5 criteria for narcissistic personality disorder include these features:

This is where the alliance between narcissism and sex addiction become difficult to understand.  Each condition carries so many of the same symptoms and characteristics that it becomes difficult to know which disorder to treat first.  recent studies show that treating the sex addiction piece first greatly reduces the symptoms of NPD.

The Research On Narcissism And Sex Addiction

In a recent study published in the Journal of Sex & Marital Therapy, a team of researchers set out to uncover whether there is a link between sex addiction and narcissism in both male and female sex addicts.

The research team was able to quantify the level of narcissism using three metrics:

“Narcissism and sex addiction are fellow travelers because they feed on each other. Both draw on the addict’s core beliefs about being unlovable, unworthy and alone. Narcissistic over-entitlement allows the addict to feel justified in his or her sexually addictive behavior and avoid the shame that would otherwise surround the behavior, and sex addiction leads the addict into a progressively more isolated and self-centered life in which his or her narcissism reigns supreme. Sex addicts do not meet their emotional needs in real relationships but rather in the fantasy laden encounters of their addiction. The acting out sex addict is the consummate narcissist who controls the whole show and thus stays safe.” ~ Linda Hatch PhD

Almost everyone on the planet has at least a little bit of self-love. That’s the element that gives people confidence and magnetism, and it’s the sort of personality attribute that can make a person seem attractive or even powerful. But humility is also an important part of the psyche of a healthy adult, as it allows people to respect others and balance the needs of the self against the needs of society as a whole. When that balance is upset and people love themselves more than their neighbors, narcissism could be at play, and that could lead to addiction.

It is not surprise that the narcissist and the sex addict share a lot of the same traits.

Narcissistic sex addicts are perhaps the hardest to treat. They use grandiosity and a façade of self-confidence to present as though they are indestructible, but this could not be further from the truth. Narcissism is a defense mechanism of the psyche; it protects what is, in truth, a fragile ego and a very low sense of self-worth. Most narcissists grew up with inadequate caregiving—emotional or physical abuse, or inconsistent care or neglect—and carry these wounds with them into adulthood. Their strong need for validation likely comes from the a lack of a coherent bond with mother or father (or other guardians). A strong sense of entitlement may also exist in individuals who were consistently provided for materially, rather than emotionally. The resultant emotional deficits may manifest as sexual addiction, but as hard as narcissism is to treat, it is not impossible. Those clinicians who have the most success approach their clients with compassion, non-judgment and honesty, and those sex addicts who express narcissistic traits who have the greatest degree of success are those willing to acknowledge their problem and to ask for help. Read More Here.

As is true for every addict, recovery requires that they undertake a fearless inventory of how their behaviors have affected others. Only then does recovery begin and their relationships begin to thrive. It is not an exaggeration that many narcissistic sex addicts need to be admitted to a treatment facility to be able to get a handle on their issues enough to heal.

For those living with the recovering, narcissistic addict, it is important that you recognize the damage the relationship has caused you and establish the you that was lost in the process through your own recovery. It is important that both spouses seek help.  This is too big to overcome alone and if your husband will not seek help, you will especially need the additional support. Published by The Cupcake Warrior

I am about as "Main Street" as they come. An "All American Girl" with a dream to marry the right man, in the right place at the right time and raise a family. All I wanted my whole life was a white picket fence, a home, a husband, a family and my own "happily ever after." For the most part, I lived my dream, but what I didn't know is that the dream would turn into a nightmare that would nearly destroy me. But it didn't. I am sharing my story on the off chance it helps another Sister who is in the same nightmare and cannot wake up. I am not an expert. I'm just like any other woman you know; an (ex)wife, mother, sister, daughter, or your friend next door. I have hidden my identity and changed names to protect the innocent (and the guilty). Who I am really doesn't matter. I am you, your neighbor, your best friend, your sister, or even if you are a guy reading this, your wife. I'm not shy about sharing what happened to me. It's a story that needs to be told, because it blindsided me and left me reeling, my whole world was shattered, burned down, destroyed...in a instant. I hope it never happens to you! But the odds are just not in your favor, and you need to know about it. More importantly, if it happens to you, you need to know you are not alone! I hope you find comfort and peace here. This is a safe place where women like me "get it." So take my hand, let's get to know one another, you are my friend, even though I haven't met you yet. We have commonalities that will make us instant soul mates. One last thing, I am unapologetically, a member of the Church of Jesus Christ of Latter-day Saints. I write from that perspective, so if it offends you, thanks for visiting and have a nice day! If it doesn't, I am hoping that my gospel perspective will give you encouragement to turn towards your Savior, not away from Him. This is the time you will need Him the most! Get a cupcake, hot chocolate or whatever you like and get cozy. You are going to want to be very kind to yourself from here on out... recovery from betrayal is tough and it's work! It's going to take all the self care you can handle! Together...we can do this! View all posts by The Cupcake Warrior

What You Can Expect to Find... 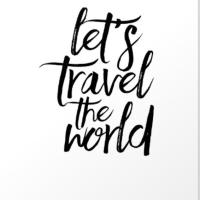